If you’re a UK resident and you have spent £50 on your order with us today, you will qualify for FREE delivery.

FOR EU & REST OF THE WORLD – DELIVERY WILL BE CALCULATED AT CHECKOUT.

Don’t want to try a whole bottle? Grab a few samples today and try before you buy!

No BS Formula
Extreme Potency
Please read warning
Our scientifically researched formula sole purpose is Hyper-Lipolysis. LIPODROL’s intention is not to make you ‘feel’ like the product is working, nor does it intend to stim you out of your mind. LIPODROL is different… It just WORKS!
You will probably not sweat this much again.

Devil’s Horsewhip – Devil’s Horsewhip aka Achyranthes Aspera or Prickly Chaff Flower is a powerful ayurvedic herb that enhances metabolic rate, thyroid function and decreases appetite. Some studies have also shown it’s potential to also limit fat and carbohydrate digestion. But its main purpose in LIPODROL is to be a powerful appetite suppressant and metabolic rate enhancer.

Infinergy™ (DiCaffeine Malate) – Di-Caffeine Malate is a patented ingredient developed by Creative Compounds. It is 75% Caffeine and 25% Malic Acid. By joining these two ingredients at this ratio it creates a much longer-lasting version of caffeine but without the jitters, whilst also minimising any ‘crash’.

Caffeine Anhydrous – The world’s most famous and most used stimulant of all time. Caffeine is proven to improve your metabolic rate and increase energy/concentration levels.

Lean GBB® – Lean GBB® aka Gamma-Butyrobetaine Ethyl Ester or Super Carnitine. Don’t mistake it for L-Carnitine or anything similar as it is a completely different beast. Lean GBB® significantly increases the body’s plasma L-Carnitine levels by about double which leads to extreme thermogenesis and sweating, especially when taken pre-workout! Due to its potency, the typical dosage is 10-20mg at a time but LIPODROL, like all our products, has been optimally dosed at a huge 50mg per capsule! You won’t believe the effects until you try it yourself.

Paradoxine™ – Paradoxine™ is the highest quality patented version of grains of paradise (which is standardized to 15% Aframols® & 12.5% 6-paradol – which is exactly what we’re looking for based upon the successful human-based studies). It is also proven to decrease visceral fat in the lower abdomen whilst increasing whole-body energy expenditure.

3,5 Diiodothyronine – 3,5 Diiodothyronine is also known at T-2. With a different approach to fat loss T-2 acts as a thyroid mimetic. It directly increases the number of calories converted into heat which in turn increases fat loss. T-2 is a fast-acting catalyst delivering results as good as stimulants but without any of the side effects that come with high dosages of stimulants.

Due to extreme potency, it is recommended users start with 1 capsule per day. As a dietary supplement, take one to three (1-3) capsules daily. For best results take all 3 capsules 30 minutes before a workout. Do not exceed three (3) capsules within a 24 hour period.

What separates LIPODROL from the rest?

LIPODROL is in a non-animal, vegetable capsule. However, according to the vegan certification regulations it is not considered vegan as it is made in the same facility that also processes Whey Protein.

Do I need to take breaks from LIPODROL?

We recommend a 1-2 week break after the completion of each tub.

Can I mix LIPODROL with Limitless?

DO NOT mix LIMITLESS with LIPODROL or any other pre-workout/fat burner due to the potency of LIPODROL.

When is the best time to use LIPODROL?

Consume up to 3 capsules 30 minutes prior to your workout.

*PLEASE FOLLOW THE DIRECTIONS ON THE BOTTLE CAREFULLY*
This is NOT Marketing BS. LIPODROL is an extremely potent thermogenic that can cause extreme heat and should not be used in combination with any other thermogenic compounds, including but not limited to, supplements and medication. You should not use this product under extreme heat, sleep deprivation, or dehydration. Do NOT combine with alcohol. Stimulants do not define the potency of LIPODROL, do not add additional stimulants to try and enhance results. 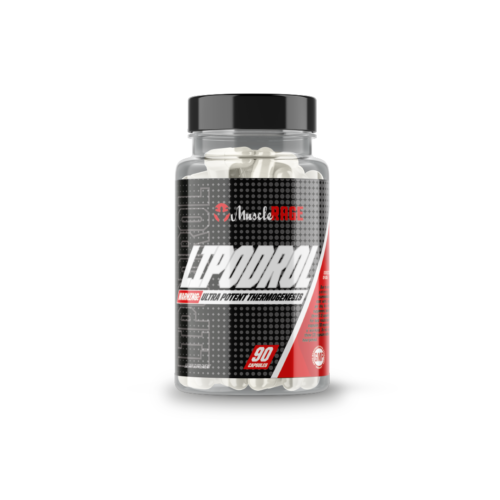 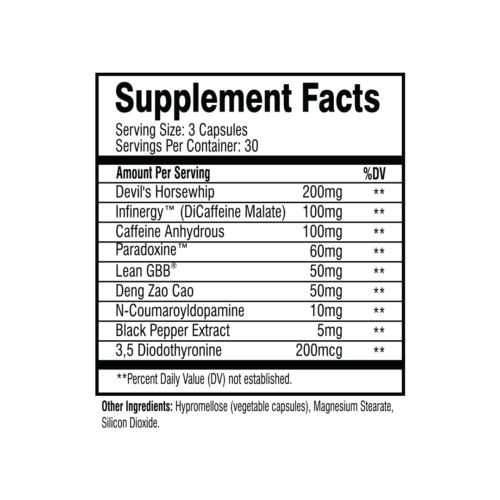 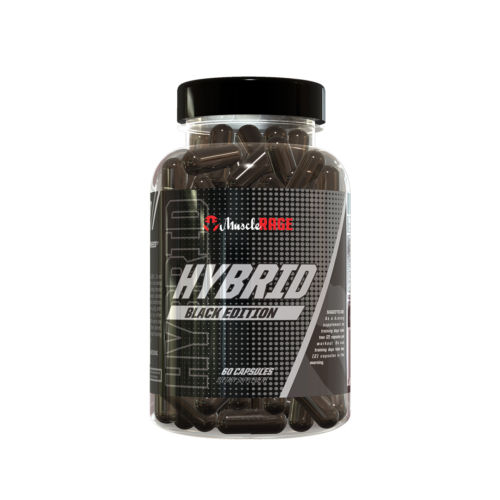 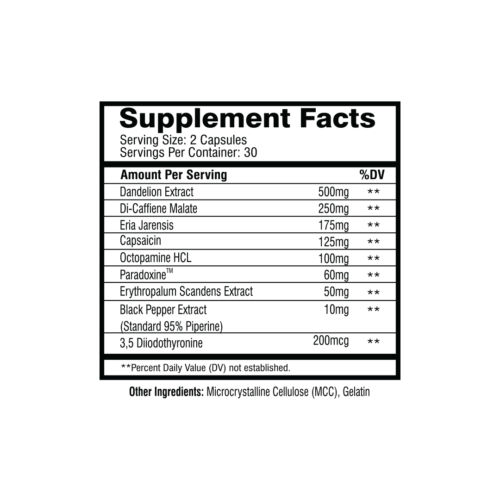 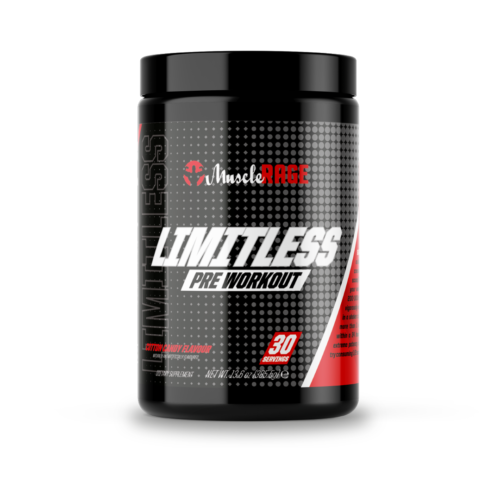 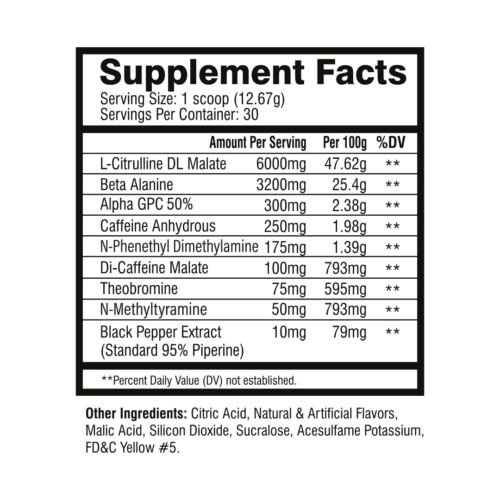 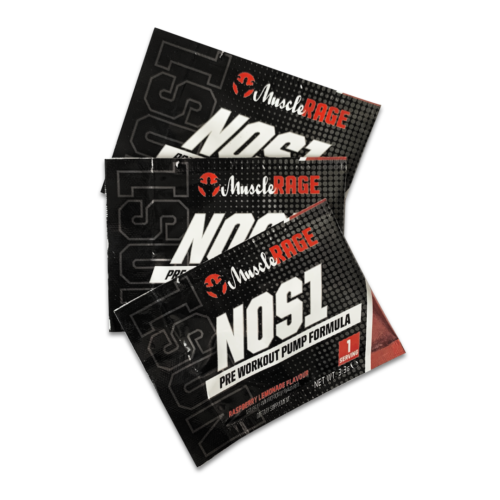